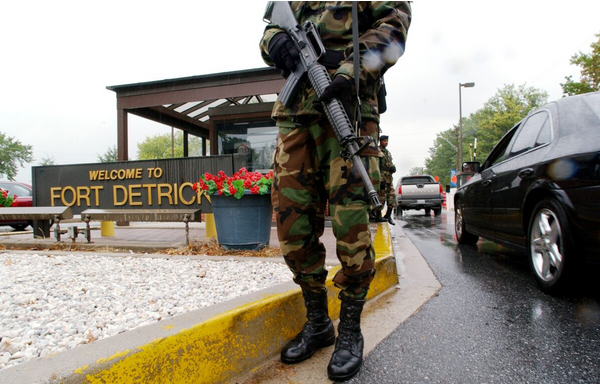 Not long after Camp Detrick's interrogation of Japan's Unit-731 war-criminal scientists, the US was roundly accused, by dubious regimes, to be clear, of launching cholera & plague assaults in the Korean War - using a hallmark technology acquired from the 731'ers.  The US admitted capability, but denied deployment, saying the outbreaks were due to natural causes.

Then again, if it is a secret-security-op - for big-picture guys-eyes-only - you're not gonna be owning-up to it by definition , right?  It's classified.  See ya on the other-side...

The history of biowafare/defense is a litany of mad-hatter escapades, including but not limited to:

It's the scale that's the frightening bit: an unchecked, alternative universe of bio-weapons chemistry supremacy.   A private arms-race to world domination - run by men who'll do anything to maintain it.

When Nixon visited Fort Detrick back in '69 to announce a closure to the offensive capability program, did it put some very large noses out of joint?

The War Reserve Service was already a closed-society power-base before the government came along - that network doesn't dissolve overnight.  For a start, they all kept their jobs at Fort Detrick,  due to Loop-hole 101:

We're not creating bioweapons for offensive deployment - just we need to keep making/engineering them - pushing the envelope (pardon the pun) - so we know how best to defend against the terrorists n such.

No doubt they all think they're doing it for the common-good - you could hold a gun to their head - in their hearts they'll believe it to the end.

I'm all for higher-truths - appreciating our wild existence in an infinite universe - yeah, what's all that about?!   It's the secret bit that worries me.  Coz now you've got a license to lie - about anything - with no accountability.  In fact, when i say higher-truth, i'm being sarcastic of course,  it's a lower-truth - a world of power & the dirty deeds that we need to keep it that way - hence the secrecy

So it's all a big conspiracy - what am i (or you) supposed to do with that?

Lethal Leigh Matthews (borrowing from Predator) said before their clash with the unbeaten Essendon: if it bleeds we can kill it ...

Does it bleed though?  Above all, it's a centralized, robotosized system, that pulls our cultural strings - how do you fight back against that?

On the other-hand, trace it back far enough, you'll find some human fingers in control, belonging to a small group (Dan estimates the 1000's, i'd concur) of MOU's, + their dominions, operating above the law, waging a private-war on the truth behind closed doors according to some warped idea of the common-good.  In this case, that thinking involved a fake (though still real) terrorist attack with anthrax spores - all for a good cause, supposedly ... 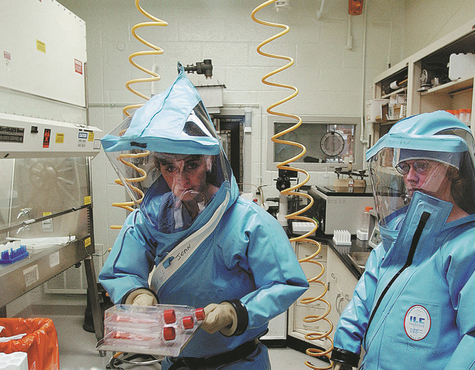 Previous
The Origin of Fort Detrick
Next
Upstreamers

Revisions
Export
Back to top